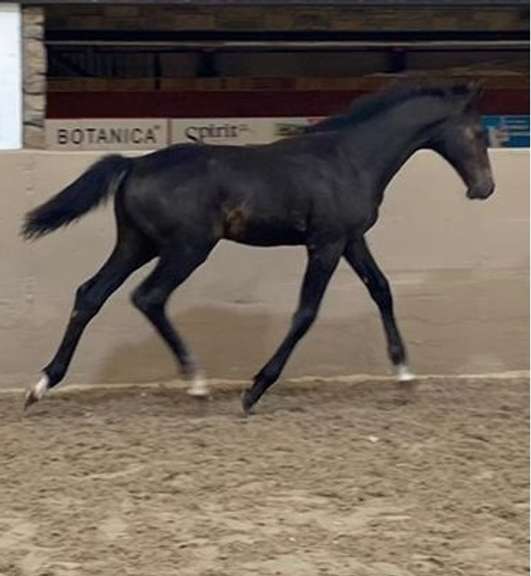 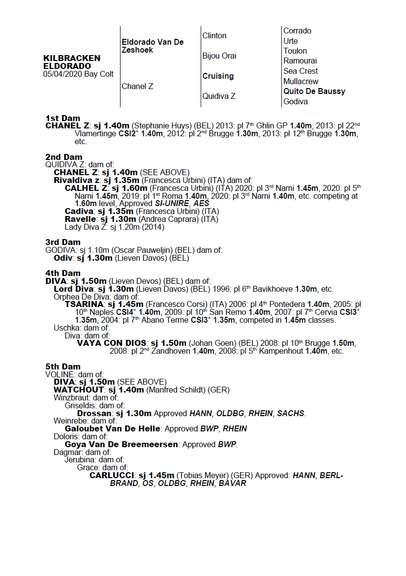 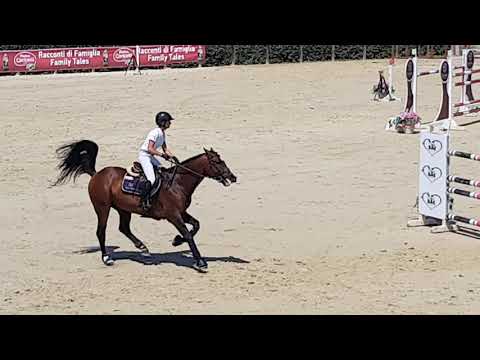 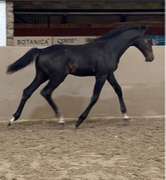 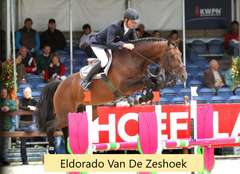 Eldorado’s sire Clinton had an impressive career in showjumping and also as a producer of top sporthorses. Dam Bijou Orai competes at Grand Prix, 1.60m level. Her sire Toulon won the Grand Prix of Sao Paulo and was second in the Grand Prix of Calgary and Valkenswaard. The damline goes back to the foundation sires Calypso III and Latano. This damline is the very famous Holsteiner line 2581. Eldorado is a very tall and leggy stallion with a lot of presence and a fantastic canter. Eldorado is performing successfully at Grand Prix level. He has been awarded Preferent status – the highest possible award in KWPN breeding, with three of his KWPN-approved sons coming first, second and third in the stallion class (1.40m -1.50m) at the 2020 KWPN stallion show. Rider Willem Greve says that he “has unlimited scope and with his power he can jump all the classes in the world.