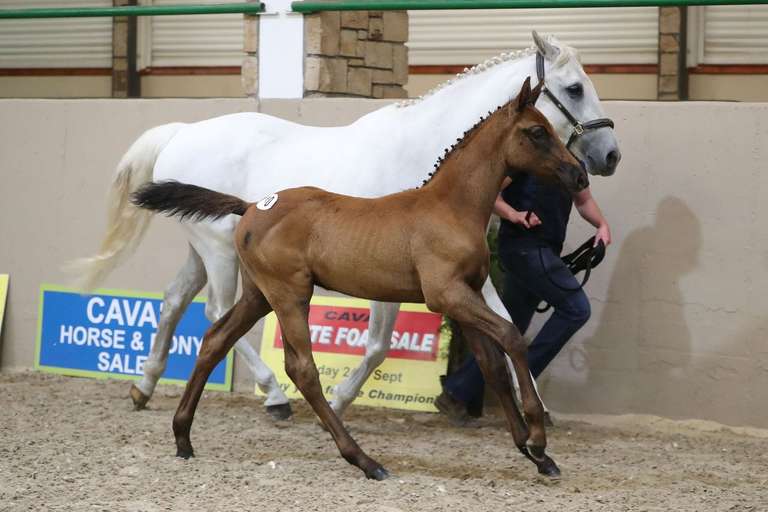 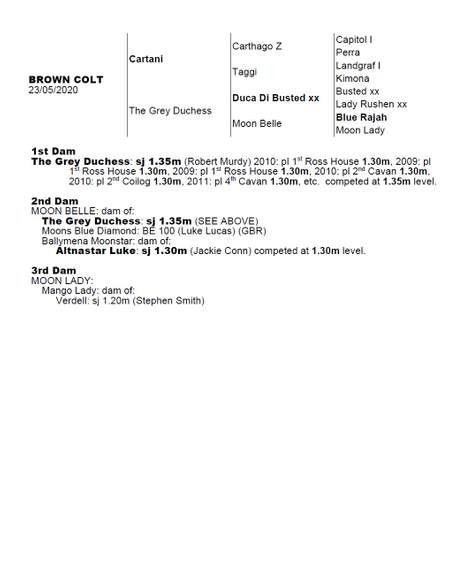 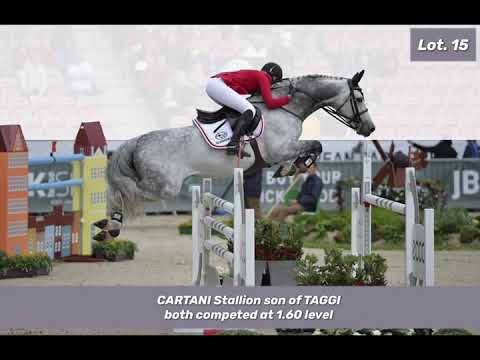 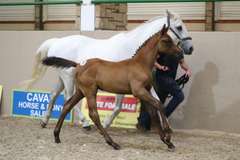 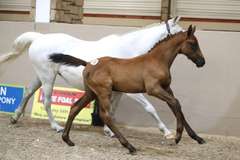 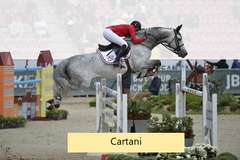 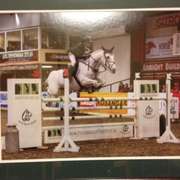 Cartani has not only the perfect combination of Holstein lines in his pedigree, but also an exceptional damline, proven in both sport and breeding. He has an enormous jump, with an exemplary attitude to his work and an outstanding canter. He is an elegant mover, with very good rideability and adjustability to a fence.  Cartani has been a linchpin of the Danish Nations Cup teams for several years, jumping at Sopot, Drammen, Gijon, Odense, Aachen, St Gallen, and Rome. At the start of his career, he also jumped for a short time under German ace Marcus Ehning, picking up several placings at 1.45m level. Cartani also competed at the 2013 European Championships under Charlotte Von Rönne. Cartani has several offspring competing at grand prix, including the three licensed stallions Vedet de Muze, Cupido van de Hoefslag Z, and VDL Cartello. Carnutelabryere has won a number of international classes, including the Hastings (NZL) Grand Prix and the Waitemata World Cup League Final. Bijoux has notched up six international top-ten finishes, including two wins, on the South American circuit already in 2017, while Lady Maria BH has won and been placed in a number of international 1.45m classes.