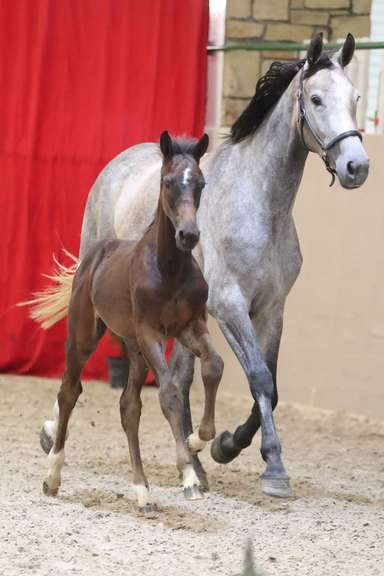 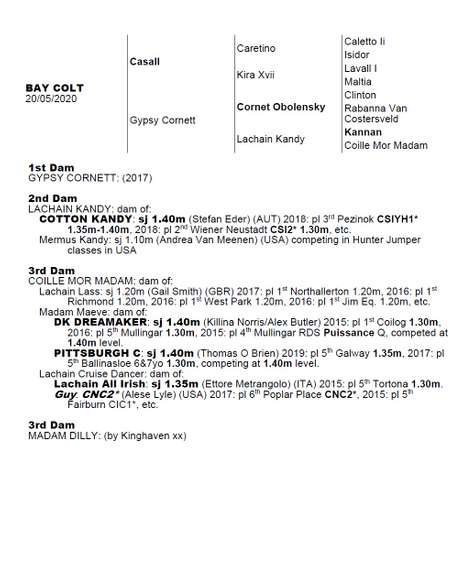 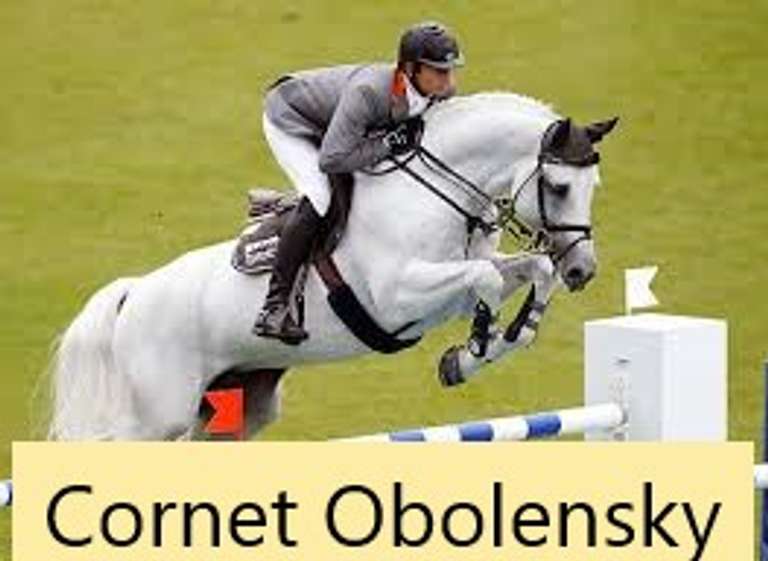 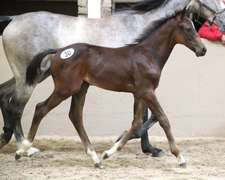 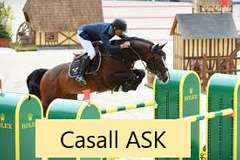 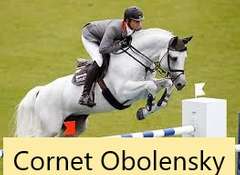 Ridden by Rolf-Göran Bengtsson, Casall is one of the absolute top horses on the international jumping circuit. He reached the top 25 at the 2012 London Olympics, the 2013 Europeans in Herning, and the 2014 World Equestrian Games in Caen, Herning saw him win team bronze with the Swedish team and place 4th individually. At Caen he took 4th place again following a more than convincing performance throughout the championship week. Over the past years, he has performed exceptionally consistent, particularly in the Global Champions Tour. Winning 11 legs of the GTC since 2011, he placed 2nd in the 2014 overall standing (level on points with the winner, Scott Brash) and 3rd in 2015. In 2016, at 17, Casall performed convincingly all along the line, placed first in the Valkenswaard, Paris, and Doha legs and won the Global Champions Tour. His son Chesall Zimequest topped the WBFSH jumper ranking in 2016. Various international top level competitions during the past years have seen Casall compete against his own offspring – impressive evidence for his ability to pass on his quality. His highly successful international offspring include Casello under Ludger Beerbaum, Casallo Z under Piergiorgio Bucci (ITA), C.T. under Hugo Simon, Cristallo A LM under Julien Epaillard (FRA), Alicante with Jérôme Guery (BEL) and Caracas under Jos Verlooy (BEL), to name just a few. His daughters Vontessa, Akimba, and Cascada I won the Elmshorn elite mare show in 2008, 2011, and 2013, respectively. His son Casaltino became champion stallion of the 2013 Neumünster stallion grading. Moreover, two Casall sons won reserve champion stallion, Catch it in 2009 and Cascadello I, which sold at a record-breaking 600.000 euros, in 2011. So far, 46 sons have been licensed for breeding and he has produced 53 state premium mares.