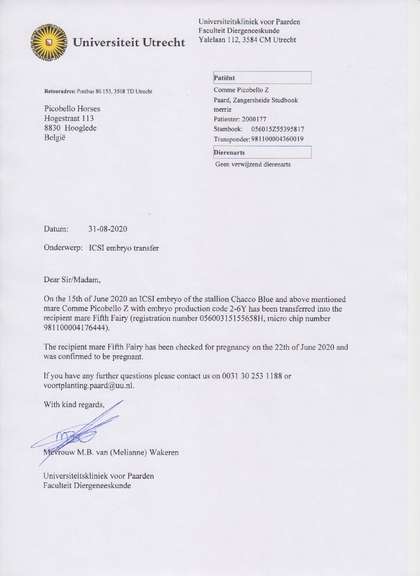 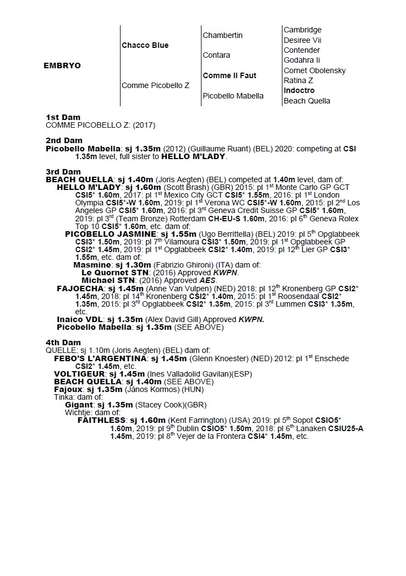 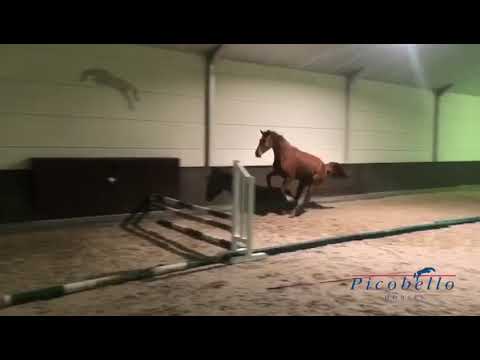 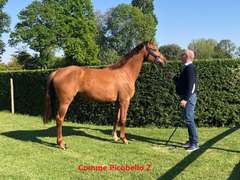 Chacco-Blue is the undisputed number 1 on the WBFSH Sire Rankings. During the European Championships in Rotterdam last summer, no fewer than four of his direct offspring participated in the finals. His son, the silver medalist Explosion W, is currently in the spotlight under the saddle of Ben Maher and has already won a lot. He also leads the WBFSH sport Ranking. A couple other Chacco Blue's are also high placed on this ranking: Calisto Blue, Chacco Kid, Carlchen W, Blue Movie and Chapilot. For most of his life, from 2007 to 2010, Chacco-Blue was ridden for Paul Schockemöhle by Alois Pollmann-Schweckhorst. They were successful on the international scene: the pair were 3rd in the Grand Prix of Falsterbo, 2nd at Hachenburg, first in a 1.60 at Olympia, for total lifetime earnings of €289,517, but it is as a sire that Chacco-Blue has been a star. Chacco-Blue with four progeny was the best represented stallion at the European Championships 2015. He was also the best represented at the WEG in Tryon, with eight progeny.